Quote of the Week

“All readers come to fiction as willing accomplices to your lies. Such is the basic goodwill contract made the moment we pick up a work of fiction.” —Steve Almond, WD 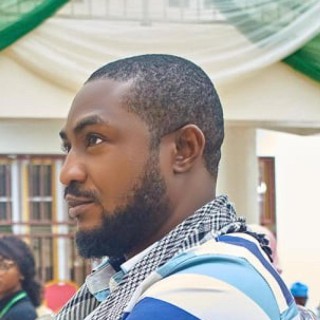 Abubakar is a Nigerian writer and journalist. He is the author of the novel Season of Crimson Blossoms and the short story collection, The Whispering Trees. A 2013 Gabriel Garcia Marquez Fellow and 2015 Civitella Ranieri Fellow, he was shortlisted for The Caine Prize for African Writing, 2013 and won the BBC African Performance Prize, The Amatu Braide Prize for Prose. He is also listed in the Hay Festival Africa 39 list of the most promising sub-Saharan African writers under 40. He writes for the Daily Trust newspaper in Abuja.

For the first time in the history of the Caine Prize its annual workshop will take place in Uganda this month and will see the launch of the Prize’s 2012 anthology, published by the Uganda Women Writers’ Association, FEMRITE, one of eight co-publishers of the Caine Prize anthologies.

Twelve writers from seven different African countries will convene at the Garuga Resort Beach Hotel for nine days (16 April – 25 April) to write, read and discuss work in progress and to learn from two experienced writers, Véronique Tadjo and Pam Nichols who will act as tutors and animateurs.

This year’s participants include last year’s winner, Rotimi Babatunde (Nigeria), three 2012 shortlisted writers; Billy Kahora (Kenya), Melissa Myambo (Zimbabwe) and Stanley Kenani (Malawi) and eight other promising writers; Michael Phoya (Malawi),  Wazha Lopang (Botswana), Elnathan John (Nigeria), Abubakar Ibrahim (Nigeria) and Harriet Anena, Davina Kawuma, Lillian Aujo and Hellen Nyana from Uganda. During the workshop, the writers will be expected to write a short story for inclusion in the 2013 Caine Prize anthology, which will be published by New Internationalist on 1 July 2013 and subsequently by seven co-publishers in Africa. Each year the stories conceived at the workshops are automatically entered for the following year’s Prize.

The primary supporter of this year’s workshop is the DOEN Foundation.  Supplementary funding is provided by the Oppenheimer Memorial Trust, the Beit Trust and Commonwealth Writers, the cultural initiative from the Commonwealth Foundation.

In collaboration with FEMRITE and The British Council, this year’s programme will incorporate a schools’ event on the afternoon of 23 April, at St Mary’s College, Kisubi. The Caine Prize Administrator, Dr Lizzy Attree said, “it is important that during the workshops we take the opportunity to inspire the next generation of writers. We hope to build on our first schools’ event in Uganda and continue to increase our commitment to literacy, literature and education in Africa.”

The official launch of the Caine Prize 2012 anthology, published by FEMRITE, will take place later that day (23 April) at The Barn Steakhouse, 34 Windsor Crescent, Kololo, Kampala between 5.30 and 8pm.

The public event will include readings from the workshop participants after which there will be opportunities to meet the writers and purchase signed copies of the anthology, over a complimentary glass of wine and live music.

FEMRITE co-ordinator, Hilda Twongyeirwe stated, “We are very excited that the Caine Prize is coming to Uganda, and we would like to use this opportunity to highlight the importance of creative writing and literature to people of all ages and backgrounds.”